Im sure you’ve all seen this video of 7 foot 7 Manute Bol draining 6 three pointers in a half. This was nothing short of miraculous back then, but now the game has evolved so much to where almost all big men can shoot it from downtown.
So let’s check out the all time 3 point list for 7 footers. Let me tell you tho you’ll be shocked to see some of the names on this list. What up everybody my name is Stefan and this is Heat Check. Let’s get into it.

The Process knew the league he was coming into. Since he stepped on the court in the 2016-2017 season, he has averaged 3.5 shots per game from deep. However, his accuracy may not be at the desired level, 32.5% for his career. Especially when you consider how dominant he is under the basket, so why shoot from that far out when he can just get an easier shot inside. This is why some may criticize him and like to see Joel more in the post, but he likes shooting the long range shot, and in just his 5th season, he’s already in the top 10.
Embiid's best season in terms of total three-pointers made was 2018-2019, when he made 79.

Here’s the first surprising or odd name on this list. And mind you there will be quite a lot. When you try to niche down to 7 footer shooters from downtown, that’s gonna happen. Though he's a 39% shooter for his career, Mayers has averaged just 0.9 makes per game. However, he's on this list mostly because he's been in the league since 2012. His best season when it comes to total threes was 2015-2016, when he made 86 threes.

Hawes showed he was capable of making shots from deep as early as his sophomore season, when he shot 34.8%. Though there were not-so-good shooting years after that, he exploded in 2013-2014, when he was 41.6% on 3.9 attempts per contest for the Sixers and Cavs. Obviously, that was his best season in terms of totals as well - 128 makes. That was one of the reasons the Clippers got him the following year. For his career, Spencer was a 35% shooter from beyond the arc.

Kaminsky's three-point shooting was known even before he came to the NBA. In fact, his 41.6% accuracy from deep in his senior season at Wisconsin was among the reasons why he was a top 10 draft pick in 2015.
This season for the Suns, he's converted 40.6% of his attempts, well over his average of 34.7% in his first five seasons in the league. Regarding totals, his best output was in his sophomore season, when he made 116 threes

There's a reason why some have labeled Markkanen "the Finish sniper". The Chicago Bulls forward, now in his fourth season, is 36.1% from deep for his career. This season is his best in terms of accuracy, 38.8%. As far as totals, his rookie campaign is the best - with 145 three-pointers. His stroke from deep is among the main tools in his arsenal that will likely see him earn big bucks this summer, when he will be a restricted free agent.


When Porziņģis entered the league, not many people knew he had a three-point game. Yet, in his two and a half years in New York, he was 36.1% on 4.2 attempts.
The move to Texas hasn't affected his shooting. With the Mavs, he has made 35.8% of his shots from beyond the arc. Last season was his best with regards to totals - 142 threes on 403 tries (35.2%). Though it may sound like a small difference, but if he ever reaches the 40% mark, the Mavs will be a much more dangerous team.

Let’s take a look at two numbers. Zero - that’s the number of threes made by Lopez in his first six seasons. Three - that’s the number of combined threes made by him in his seventh and eighth season. So, you can imagine everybody's shock when the center made 134 shots from deep in his ninth season, 2016-2017. Not only that, his accuracy was 34.6%. Since the start of the 2017-2018 season, Lopez has made 475 shots from beyond the arc. Brook’s best production level was in 2018-2019, when he hit 187 shots from beyond the arc for the Bucks, with his accuracy being 36.5%. Lopez is perhaps the best example of how adding a three-pointer to your game can positively change the perception of a player as an offensive threat. 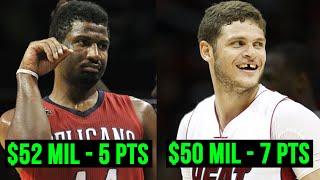 The WILDEST Contracts From That EPIC 2016 Free Agency 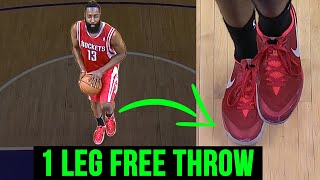 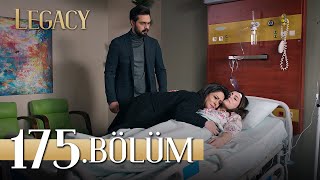 Is This The SLOWEST NBA Player?!

Nikola Jokic misses the clutch shot, complains to the ref & gets a T 💀