Watch how frightening this looks. Zion completely blows by Anderson as if there’s nobody there. And then the thunderous dunk for 2 of his 31 points on 13 of 16 from the floor. 13 of 16 that’s crazy. But what if I told you that the Pelicans ran a special action for a lot of those points. And the Grizzlies could not stop it.
Let me break it down. What up everybody my name is Stefan and this is Heat Check. Let’s get into it.
You all know how the conventional pick and rolls work. The big guy comes and sets a screen for the guard and then it’s either drive, pass or shoot. Nothing new.
Well check this out. Throughout the entire game against Memphis, the Pelicans ran a reverse pick and roll with JJ Reddick setting the screen for Zion.
And look what happens. 1) Zion gets a full head of steam so the help defense has no chance of stopping his drive to the basket. But also they can’t switch it since JJ is so quick when relocating that by the time Valanciunas gets to him the shot would already be up and probably a swish.
Right here Grizzlies try to put Dillon Brooks on Williamson, a more mobile defender than Valanciunas for sure, but still, JJ sets this pick so beautifully that Brooks cannot get under it and recover. And look at the body control and the strength in the air by Zion..my goodness this is absolutely insane what he’s doing.
And look at this beautiful execution. Zion notices that Reddick is coming in for the back screen. So he can pick and choose the side. Williamson here completely fools the defense by going left to right crossover, and look at where that leaves the help defender.
Again the spectacular finish with his built in flight control system. I’ll play this clip once again to fully be able to see what happens here.
So naturally after getting broken down for so many times, when Memphis tried to gang up on him, Zion of course found Reddick for the shot. And Tyus Jones cannot be closer to him because he also needs to pay attention to Hart and be in the middle between the 2 shooters.
So JJ as you may assume knocks this one down.
And since I mentioned Hart, here is one assist going to him. After the pick and roll, look at how the Grizz need to put 4 bodies on Zion just to stop his penetration. This is crazy.
Hart has all day to shoot this and naturally it goes in.
Let me show you just 1 final example cause i found this really funny. New Orleans goes for the same thing just along the side, Zion drives and the monster finish with the And-1, but the reaction by JJ here is funny. He’s just shaking his head admiring at his own teammate.
I first noticed the Pelicans trying Reddick as a screener back on Christmas day and I made a video about the best plays from the holiday matchups. But then it was more of a 1 time thing.
But this is the first game that I see them consistently running this, and I guess part of the reason was the fact that Memphis doesn’t have the defensive personnel to stop this. This is a bad matchup for them.
Also when you have both Ingram and Hart going 20+ points on 60+% from the field, you are definitely losing that game.
But even with all the talent on this team, at 12-15 they are still trying to figure things out and find out the right way to play winning basketball and become a perennial playoff team for years to come. They definitely have all the pieces to do it, all the talent in the world, I guess it’s just about growing and putting the pieces of the puzzle together. They’ll get there.
I really enjoyed making this video, if you liked it, please hit that like button it helps a lot, and subscribe for more in depth analysis. Talk to you in the next one. Peace out. 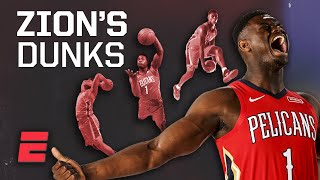 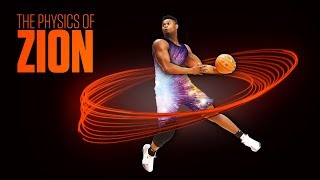 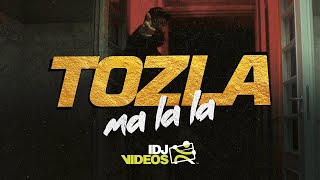 What NBA Legends (and more) think of Zion Williamson

Harden KNOWS Something About Westbrook That NOBODY Else Does

Who Even Does THIS?! Luka Doncic Is INSANE

These Regular Guys Challenged An NBA Player And Instantly Regretted It