HUGE NBA TRADES! This Changes EVERYTHING!

Did you know that in 1998 Gary Trent Sr. got traded from the Blazers to the Raptors 41 games into the season, and now his son Jr, also got traded from Portland to Toronto, again, exactly 41 games into the season, that’s absolutely mind blowing.
The trade deadline has ended so let’s go through all the crazy trades that happened. What up everybody my name is Stefan and this is Heat Check. Let’s get into it.
First up, the Chicago Bulls were able to land Nikola Vucevic with his 24.5 points and almost 12 rebounds per game this season.
The All Star from Montenegro is one of the most underrated players in the league. And to be honest I expected and wanted him to go to a better team just to make things a bit more interesting come playoff time.
Sure Zach Lavine got some help, and the team also got Daniel Theis from Boston, so the center position is filled in nicely, but if we take a look at the standings, the most that this trade can do for the Bulls is to actually get them to the postseason.
But in the first round, they are definitely not gonna be any problem for any of the top 3 teams.
Personally I wanted the Celtics to make a move for Vuc since they have been in a freefall lately, and they’re getting no production at all from the center position, so his 24 and a half points would have been awesome for the Celtics, and overall having a guy to throw the ball inside and let him go to work could have helped them a lot.
Instead what they did was make a move for Evan Fornier. On paper, they got a 20 point per game scorer, but that was in Orlando.
In Boston he will most likely be coming off the bench, and boosting the production of the second unit which has been 5th worst in the league. And for a team that considers themselves as a contender, that’s unacceptable.
So while they probably won’t see those full 20 ppg from him, this is a great addition to the second unit especially when you consider the fact that all the Celtics needed to give Orlando was Jeff Teague. Fournier is a knock down shooter who could also come in clutch for the team when they need a score at the end of games.
And rounding things off for this team is the acquisition of Mo Wagner, who honestly I don’t see as a significant upgrade over Daniel Theis so this is sort of like a status quo to me.
The team got a bit better overall, but nowhere near the upgrade that they needed to help the guys that are struggling right now.
So unless they figure it out and pick it up themselves, this is going to be a tough season for Celtics fans.
Philadelphia also got a nice bump in their quest for the championship with George Hill.
They as well got him for cheap, by giving away Tony Bradley and 2 second round picks in the future. What they get in return tho, in Hill, is a stable point guard who can also play off the ball, making him a nice backcourt partner to Ben Simmons.
George is also a solid player on the defensive end so the sixers have a terrific lineup with him, Joel, Ben, and Matisse Thybulle.
Not a game changing trade but a nice addition for sure.
Which leads us to the team that I believe did make some game changing moves.
And that is the Miami Heat. The godfather Pat Riley was able to pull off another phenomenal move at the trade deadline, by staying patient all the way till the end, knowing that the Rockets will need to ultimately trade Victor Oladipo since he’s a restricted free agent at the end of this season and will ask for a lot of money.
So Miami gets a dynamic 21 point per game scorer who can both penetrate inside and hit the outside shot. This is a great offensive boost and another guy who can play with the ball and create his own shot, similar to how Jimmy Butler does it.
The 5 assists per game that go along Oladipo’s scoring certainly fit in perfectly with the unselfish style of play of the Heat.
Another guy who joins the team is Nemanja Bjelica. Depending on how much playing time he gets, the serbian could prove to be a valuable stretch four and a better version of the guy that they sent away Kelly Olynuk.
On top of that, even if this turns out to be a few month rental, and even if Miami doesn’t give Victor the big contract that he wants next season, they got this 2 men package for Avery Bradley who hasn’t played in a long time due to injury, and Mo Harkless, who just couldn’t fit in with this team, so he fell out of the rotation very quickly.
So this is a big win for them in their push for another NBA finals appearance.
Now thing is, this trade by itself isn’t groundbreaking. However I’m looking at the bigger picture. Several high profile NBA insiders have reported that the Heat are very close to landing the recently bought out Lamarcus Aldridge.
I maybe shouldn’t rush and make conclusions prematurely, but this is talked about so much, plus, Woj reported on it, so I feel like it’s basically a done deal. 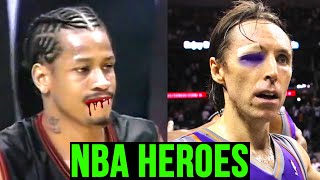 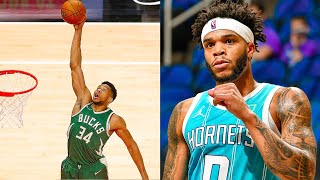 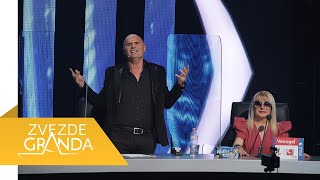 Why Steph Curry might be the best offensive player ever | Greatest Peaks Ep. 15

Things Are GETTING UGLY For Boston Celtics

15 Facts About The NBA That May Just Blow Your Mind

Luka Doncic Gets Ejected For Fights Collin Sexton After Punching His Groin!