Get 20% OFF + Free international shipping with promo code HEAT
at www.manscaped.com #sponsored #manscaped #TCS
This year’s playoff race is unpredictable to say the least, with teams like the Jazz and Suns at the top of the Western conference. And if we’re honest, the west has been the much more interesting and dominant conference ever since MJ retired. And perhaps the most obvious example of the wild wild west happened in 2008, with the craziest playoff race in recent history. So let’s refresh our memory and go through these star studded rosters.What up everybody my name is Stefan and this is Heat Check. Let’s get into it. 10. Portland Trail Blazers - 41-41Led by young studs Brandon Roy and LaMarcus Aldridge, and a steady point guard in Jarret Jack, the Blazers actually had a solid season by their standards, especially if you consider they had the first pick in the draft in 2007. Unfortunately, the player they picked, center Greg Oden, who was selected ahead of Durant, missed the whole 2007-08 season due to microfracture surgery, as did Darius Miles. But thanks to good coaching by Nate McMillan and contributions from players such as Travis Outlaw and Martell Webster, they managed to exceed expectations. Sadly for them, though, that wasn’t enough and they ended up watching the playoffs on TV, although they won nine more games than the previous season.
PPG: B.Roy 19.1 / L.Aldridge 17.8 / T.Outlaw 13.3 / M.Webster 10.7
9. Golden State Warriors - 48-34
This is perhaps the record that best epitomizes how crazy competitive the West was back then. After all, this was the “We Believe” Warriors, the team that had eliminated the top-seeded Mavs in the previous playoffs. The usual suspects were still there: Nellie was the Head Coach, Baron Davis, Stephen Jackson and Monta Ellis all averaged over 20 points, while players such as Al Harrington and Andris Biedrins did what was expected of them and even more, in Biedrins’ case. A bunch of guys who played with their heart and left it all out on the court every single night, along with the fact that they had the number 1 offense in the league that season, made Golden State one of the most entertaining teams to watch. Yet, all of that, and even winning six more games than the previous season, wouldn’t suffice. These Dubs and the 2013-14 Suns are the only 48-win teams that didn't make the postseason in the NBA's 16-team playoff era.
PPG: B.Davis 21.8 / M.Ellis 20.2 / S.Jackson 20.1 / A.Harrington 13.6
8. Denver Nuggets - 50-32
PPG: A.Iverson 26.4 / C.Anthony 25.7 / K.Martin 12.4 / J.R.Smith 12.3
Who would’ve thought that winning 50 games will only get you the eight-seed, right? That happened to these Nuggets. This was an offensive firepower of a roster that included Allen Iverson in his only full season with the team and Carmelo Anthony who was coming into his own as a player. The Answer and Melo each averaged around 26 points per game. A young JR smith was also there, as were Kenyon Martin and Marcus Camby, who was one of the best defenders in the second half of the decade. Oh and who remembers Linaz Kleiza and Eduardo Najera? George Karl led this group to 50 wins that year.Yet, their reward for that was the eight seed and a first-round sweep. You’ll see which team eliminated them later on in the video. The second best offense in the league that year, was sort of being offset by the turnovers. Near the top in that category as well. The Nuggets simply couldn’t take care of the ball.
7. Dallas Mavericks - 51-31
Not even the 2006 Finalists and 2007 MVP Dirk Nowitzki were able to secure a top-6 finish in the West in ‘08. The Mavs came into that season scarred by that loss in the first round by Golden State. Perhaps for that reason, in February, they went all-in, trading for Jason Kidd while giving away a package centering on Devin Harris. But even a team that included Dirk, Kidd, Jason “the Jet” Terry, 2007 All-Star Josh Howard, and Jerry Stackhouse, though Stack was 33 that season, didn’t manage to make much progress. Finishing seventh, they would fall in five games to the two seed.
PPG: D.Nowitzki 23.6 / J.Howard 19.9 / J.Terry 15.5 / D.Harris 14.4
6. Phoenix Suns - 55-27
Like with Dallas, this was a season of change for the Suns, too. At the start of February, GM Steve Kerr sent Shawn Marion and Marcus Banks to the Heat for Shaquille O'Neal. Though Shaq would turn 36 a month after the trade, he looked hungry and committed, averaging a double-double (12.9 points and 10.6 rebounds per game) in the regular season for Phoenix. Nash was Nash, Amar’e averaged 25 points, and Mike D’Antoni was at the helm. The end result, however, a first-round loss in five games to a familiar foe. The Suns failed to advance past the first round of the playoffs for the first time since the re-signing of Nash in 2004. In the offseason, Mike D’Antoni left and afterwards became the Head Coach of the Knicks. 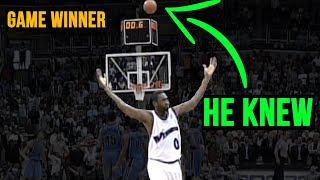 Was He The COCKIEST NBA Player Ever?! The Story Of Gilbert Arenas 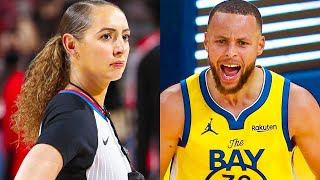 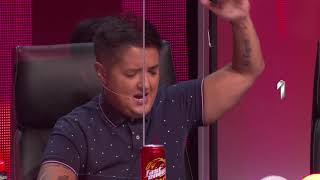